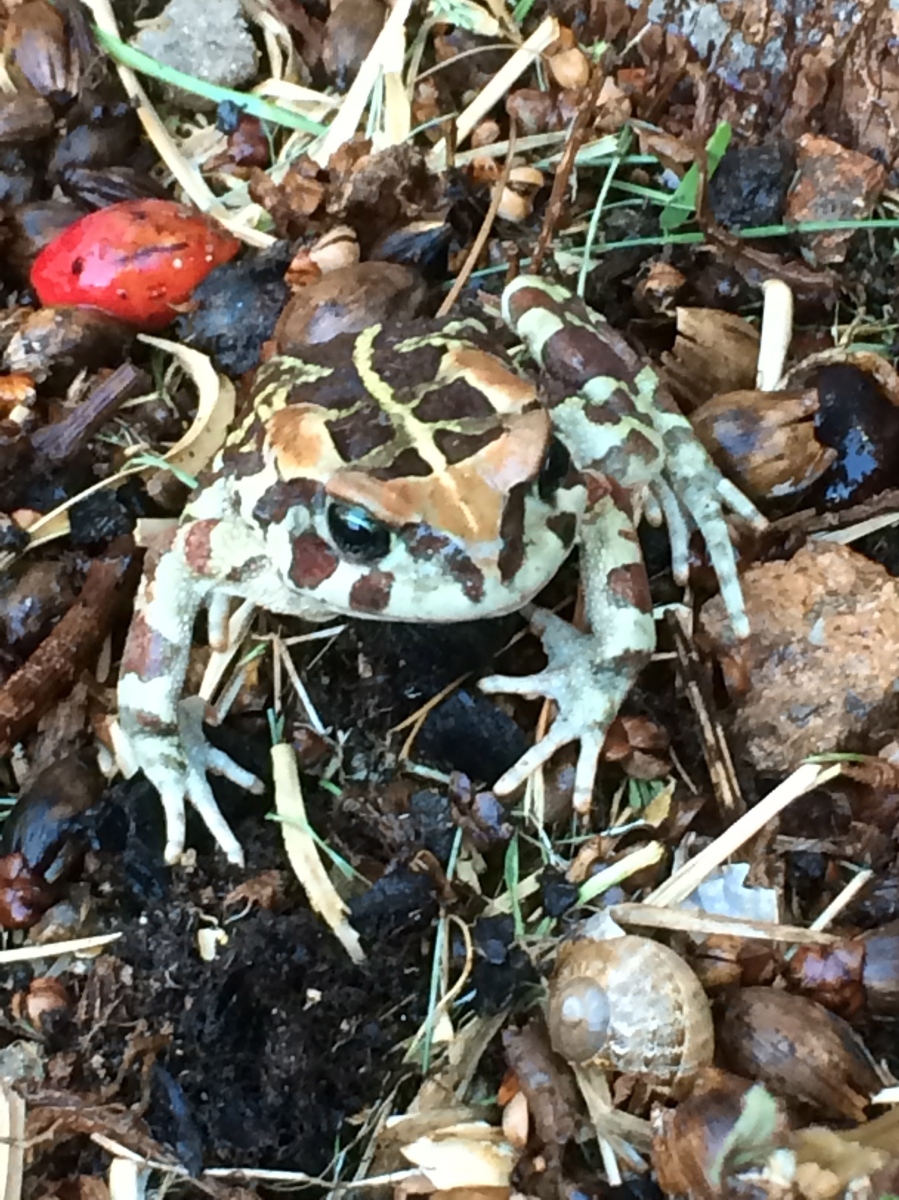 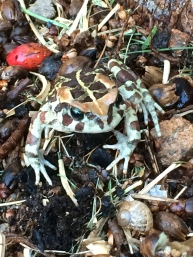 This past weekend, my hubby and I had an unexpected visitor in our flat. Wayne was at a local missions conference, when I woke up Saturday morning to a subtle thumping underneath the bed. At first, in my half-awake, half-asleep state, I thought I was dreaming. Then, after a few seconds, I realised that something was under my bed. I grabbed a flashlight, looked around the room and noticed something camouflage coiled up in the corner. I got a fright, thinking it was a snake (South Africa has some of the deadliest snakes in the world), but then it gave a little hop. It was a frog!

I gently climbed out bed and closed the bedroom door. When Wayne came home in the afternoon, we caught the frog and put him underneath the palm tree in our garden. The little guy just stood there, stock-still. Our garden is enclosed, so “Frogger,” as we affectionately called him, would be confined to a small space. Changing our minds, we decided to move Frogger to the canal bank outside our flat. He was content to stay in Wayne’s hands for several minutes. Eventually, he hopped off. Then Wayne and I began to worry, hoping that the guinea fowl and ducks, which roam around the bank, wouldn’t attack our frog. We worried about that little guy for the rest of the weekend. I even found myself praying for the frog, asking for God’s protection. (I caught myself, thinking, That’s stupid—to pray for a frog. Seriously. But no—God loves this frog much more than I do; and of course, he cares about the frog too.)

Recently, through a Facebook friend, I found out that our frog was a toad—the endangered Western Leopard Toad.

I keep thinking about our little visitor; how beautiful he was. His camouflage was utterly amazing, an incredible work of art. He is such a wonder of creation; and in him, in his beautiful limbs and colouring, I got a glimpse of the beauty and majesty of God 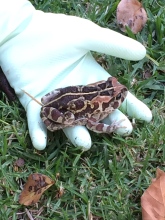 . Just to think that our Creator took the time to create something so simple and beautiful, a host of toads throughout the world, each one unique and beautiful in its own way. And if the Creator spent so much time creating toads into a thing of beauty, how much more time did he spend on us? And if Wayne and I worried so much over the safety of a toad, how much more does our Creator think about us?

I am grateful for this little toad, which gave me a glimpse of God, the Creator of us both.