Recently, through scripture and events in my life, I feel as though God has been speaking to me about the stirring of the Holy Spirit. 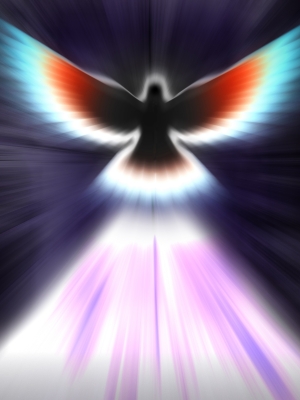 A few weeks ago, I started reading the Book of Ezra and was struck how God “stirred up the spirit of King Cyrus” (Ezra 1:1, NRSV) to have the Temple of the Lord rebuilt and how certain Israelite tribes, “everyone whose spirit God had stirred” (Ezra 1:5, NRSV), had responded to the call to rebuild the Temple. Cyrus wasn’t even an Israelite; he was the king of Persia, which was occupying Israel at the time.

The Spirit stirred the heart of one of our SAMS donors to send Wayne and me an article from Weavings, which gave a refreshing new take on Romans 12:1-2 (the passage about our bodies being the temple of the Holy Spirit). Romans 12:1-2 just happens to be the theme at the youth conference in Madagascar. How timely to receive such an article that will provide spiritual nourishment to the mission team who has gone to serve.

And just over the weekend, the Holy Spirit moved on Wayne’s heart to go to an ATM in a certain suburb. He was planning to go to another suburb to use the ATM and to pick up some flowers for me, but he felt a prompting to go to the suburb of Plumstead. While he was queuing for the ATM, a little boy was playing on the railings outside the bank and fell off, knocking his head on the concrete. Wayne is a first-aider and was able to patch up the little boy’s gashing wound. He then drove the boy and his father to a local hospital for medical care. Wayne never got around to giving me flowers that day, but I didn’t care. Having a husband who is so sensitive to the Holy Spirit surpasses a conservatory of flowers any day.

You may say that all of these instances are “coincidences,” but I like to think of them as stirrings of the Holy Spirit, which indeed they are.

I, as so many others, oftentimes forget how God is at work in the world, often in the simplest ways.

2 thoughts on “Stirrings of the Holy Spirit”